Save on vehicle camera technology through the Traxxis GPS – RISC partnership.   Click here

Save now on Traxxis GPS camera technology with our March promotion. Enter RISC 2019 at check out!   Click here 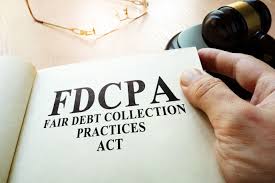 I recently read the letter from the American Recovery Association (ARA) president, David Kennedy, in regard to his opinions on the March 2019 Supreme Court case decision of Obduskey v. McCarthy & Holthus. As I re-read it a few times, I realized that something did not add up. It appeared that there was some misinformation being disseminated to the industry that was a bit concerning. With help from Hudson Cook, LLP, a law firm whose regulatory compliance practice includes work on the subject of automotive repossession, we were able to come to a more precise conclusion that may contradict ARA.

“After a detailed review of Obduskey v. McCarthy & Holthus LLP, it’s clear the claim that repossessors may not be debt collectors under the Fair Debt Collection Practices Act, 15 U.S.C. § 1692 et seq. (the “FDCPA”) and that repossession agents are exempt from the FDCPA, is potentially misleading. Unfortunately, this is not what the U.S. Supreme Court found in this case,” says Eric Johnson, Partner at Hudson Cook, LLP.

The following is an overview of what Hudson Cook, LLP and RISC conclude:

Dennis Obduskey purchased a home with a mortgage loan from Wells Fargo. When Obduskey defaulted on the loan, Wells Fargo hired McCarthy & Holthus LLP (“McCarthy”) to carry out a nonjudicial foreclosure. McCarthy sent Obduskey an initial letter notifying Obduskey that it had been retained to commence foreclosure. Obduskey responded with a letter disputing the debt under § 1692g(b) of the Fair Debt Collection Practices Act (“FDCPA”). When McCarthy continued with the foreclosure, Obduskey sued McCarthy in federal court for violating the FDCPA. The district court dismissed the suit, finding that McCarthy was not a “debt collector” under the FDCPA. After the court of appeals affirmed, the Supreme Court granted certiorari. The Supreme Court of the United States affirmed the rulings of the lower courts that McCarthy was not a “debt collector” under the FDCPA.

The Court noted that, under the FDCPA, the definition of “debt collector” has two parts. The primary definition provides that a “debt collector” is, in relevant part, “any person … in any business the principal purpose of which is the collection of any debts, or who regularly collects or attempts to collect, directly or indirectly, debts owed or asserted to be owed or due another.” 15 U.S.C. § 1692a(6). The Court concedes that taking the primary definition by itself, a business engaged in nonjudicial foreclosures would be a “debt collector” because it is indirectly collecting debt through the foreclosure process. However, the second part of the definition states:

For the purpose of section 1692f(6) [the] term [“debt collector”] also includes any person … in any business the principal purpose of which is the enforcement of security interests.

Obduskey agreed that the second part would be superfluous unless it applied to some business whose principal purpose is the enforcement of security interests. However, Obduskey argued that the provision is meant to apply to repossession agents as opposed to businesses initiating nonjudicial foreclosures. According to Obduskey, repossession agents would not fall under the primary definition of “debt collector” because they only engage in limited communications with debtors.

The Court disagreed with Obduskey’s arguments, noting that the primary definition of “debt collector” turns on whether a person is collecting debts owed to another and not on whether it has communicated with the consumer. The court was unmoved by Obduskey’s argument that repossession would not fall under the primary definition because it generally involves only limited communication with the debtor. Further, as it relates to the FDCPA provisions that apply when there has been communication with a debtor, many state laws require repossession agents to communicate with debtors through notice requirements.

Finally, and importantly, in Justice Sotomayor’s concurring opinion, she also points out that the Court makes clear that “enforcing a security interest does not grant an actor blanket immunity from the” mandates of the FDCPA. She states that “repossession agencies engage in a means of collecting debts ’indirectly.’” She further stated that the decision leaves Congress free to make clear that the FDCPA fully encompasses entities pursuing nonjudicial foreclosures and regulates security interest enforces like repossession agencies in only the more limited way addressed in § 1692f(6).

I feel it is important that the industry understands this information was potentially misleading and that they continue to stay in compliance with the FDCPA’s requirements.